As the 2012 school year winds down HARA has been busy with launch demonstrations. On May 3 we were set to fly for the 4-H Urban Youth Farm Day at the A&M field in Hazel Green, but steady showers scrubbed the launch. The facility has a building that could hold all 300 kids so 4-H held the event inside. Bill Cooke, David Bishop and myself brought our rockets for display only and talked about twenty minutes. We really got to explain more about rocketry that way to the elementary school audience than by launching, but it wasn’t as dramatic. Several students were really interested and the coordinator will try to form a local 4-H rocket club with them next fall.

The next week we had a double header launch and the weather was great. HARA has been launching at Horizon Elementary in Madison for teacher Beth Boro each spring for several years. Ray, Bill and myself went out for the morning to set up the new metal saw horse pad and fired about a dozen models for another 300 kids. Bill flew a video camera that took great footage visible elsewhere on the HARA website. I flew a pencil rocket and various small field models. Ray concluded the launch with a G powered saucer that made them all scream. 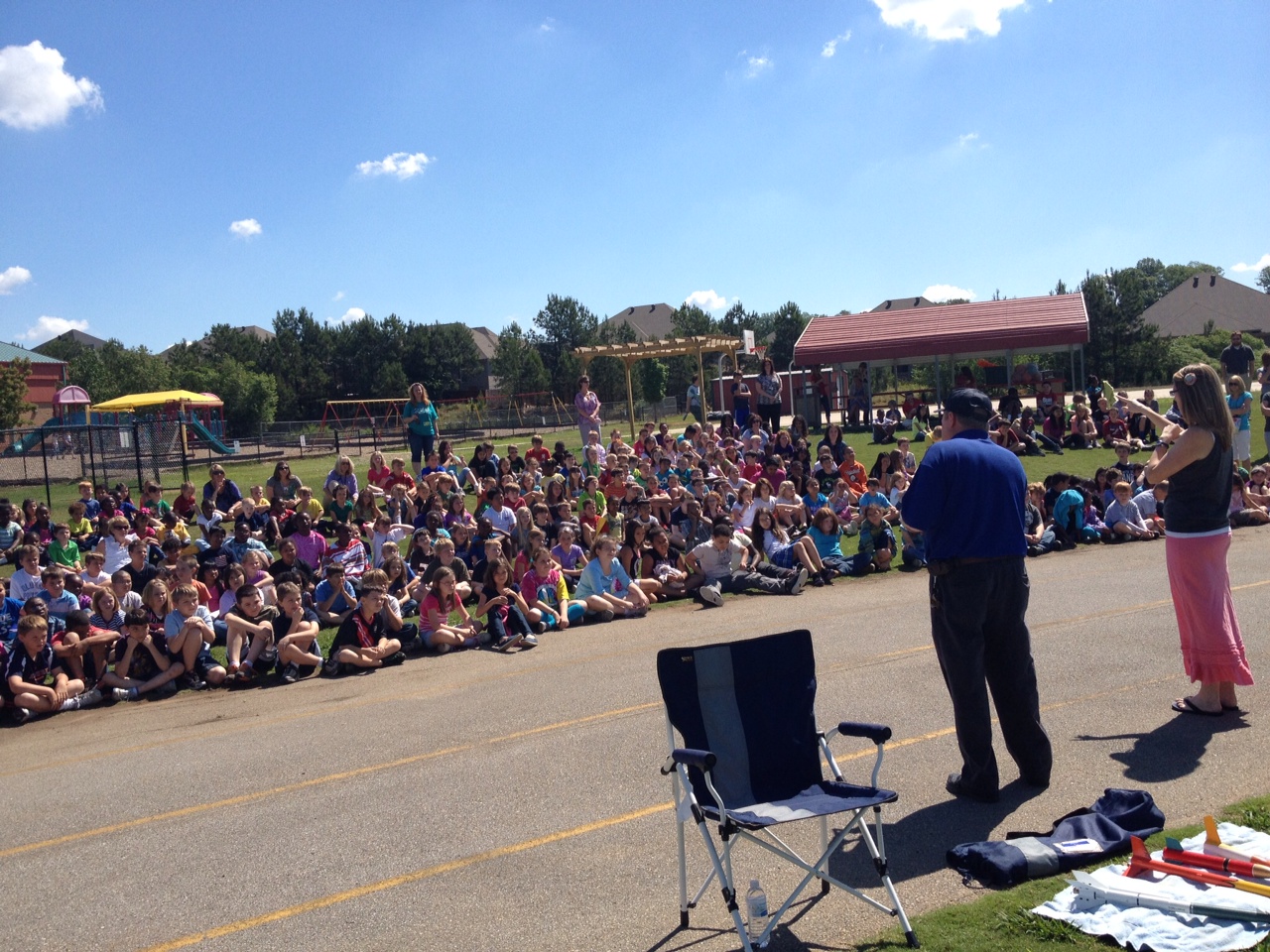 Ray Cole talks rockets to the kids of Horizon Elementary

That afternoon Bill and I went over to Hampton Cove MS for a TARC recruitment demo. Teacher Melissa Snider set up our appearance to show her class what egg rockets look like and how to launch them. We did that, plus another video flight on Bill’s Deuces Wild, then had a glider shred, two misfires and pad select firing error. The usually restless middle schoolers settled down enough to watch, listen and ask questions, so we may have a new TARC team forthcoming.

These school demos are much more of a show than a regular launch, but hundreds of kids get to see rockets fly and realize they can be flying them too.