It was another active student rocketry school year for HARA as North Alabama had ten teams out of the total of thirteen for the state. Besides these teams there were five others from three schools in middle Tennessee that we assisted. For all the rockets fired it was the first time since 2009 that only one team from Huntsville made the top hundred nationally. That sounds like quite a bust from the six teams that went to the finals last year, except
that the challenge of making two strong flight scores with the new rules was grueling. But the Falcon Rocketeers, a team with members from multiple schools who finished in 11th place nationally in 2013, are going back to Manassas this week and all the pride of the state goes with them. Watch the TARC website http://www.rocketcontest.org/ for the contest results on the afternoon of May 10, 2014.

To close out the season attached are photos from the March Madness launch courtesy of Elizabeth and Nicholas Pate. 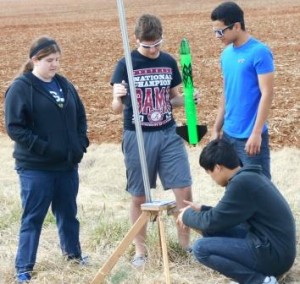 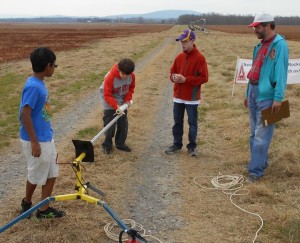 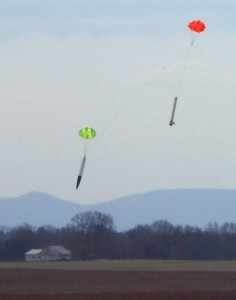 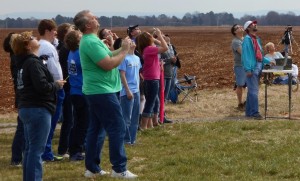 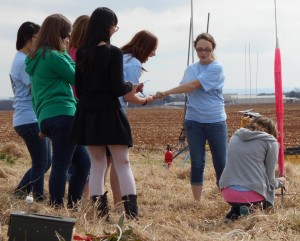 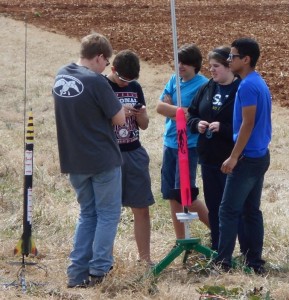 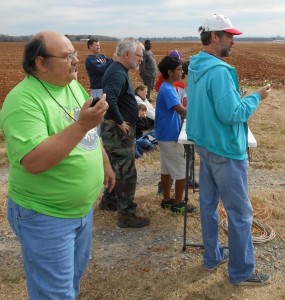