It was a foggy morning June 12 when the launch began but the ten finalist teams from Alabama, Georgia and Tennessee attended and made all twenty allowable flights. When all the scores were tallied nationally Russellville High School Team One from Russellville, Alabama came in fifth and won $8500. Tharptown High School, also from Russellville, made ninth. Alabama was the only state besides California to have two teams finish in the top ten. Hosted by the Birmingham Rocket Boys NAR section and led by President Ronald Dunn plenty of volunteers were on hand to set up, run the range and score the flights. It was an admirable performance by NAR to complete the TARC program for the pandemic year by spreading the finals out to ten regional fields. HARA was represented by Vince, Bill and Duane, who had fun with various timing and scoring duties. No eggs were broken by the teams, but two flights ejected the motors and unfortunately had to be disqualified. 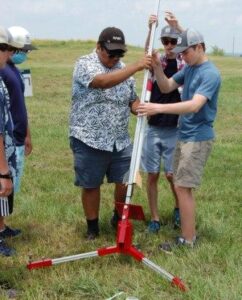 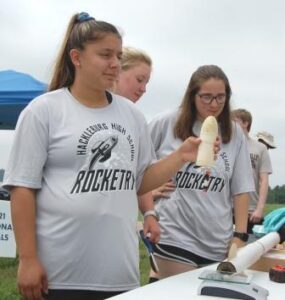 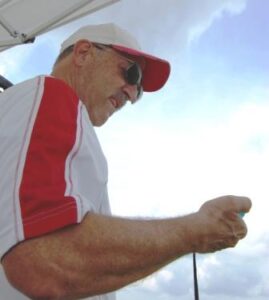 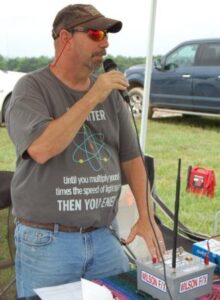 Here are the finals scores of the schools at the Birmingham launch. 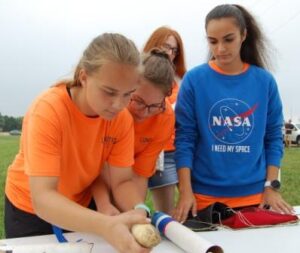 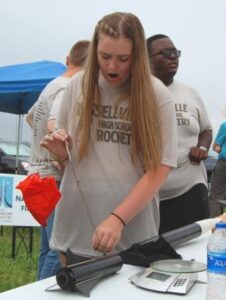 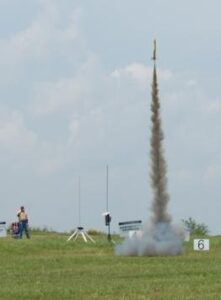 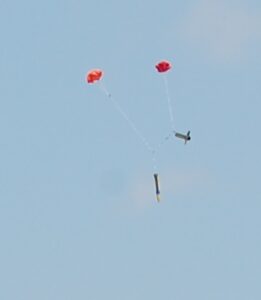