The winners of the 2022 NAR Section Website Excellence Awards were announced during the NARAM banquet in July and HARA’s website came in 4th Place.  The judging was conducted by volunteer NAR members and of the scores received, this website ranked in 4th Place out of over 120 websites that were judged. There are 220 NAR sections. See details at https://www.nar.org/find-a-local-club/section-guidebook/communications/website-excellence-award/

Here’s a few notes and photos. Alabama was respectably represented at TARC with Tharptown coming in tenth and Muscle Shoals at twentieth. The Tharptown team is shown in the pink shirts, MS in red. 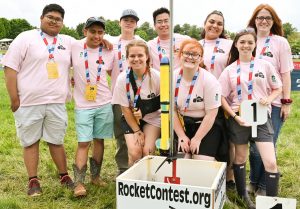 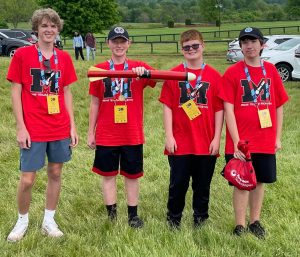 HARA’s school outreach continues in the summer with a presentation and launch at Dutton Elementary. 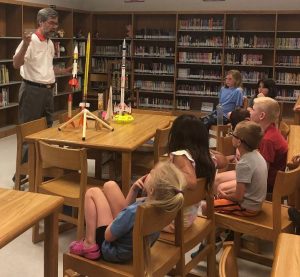 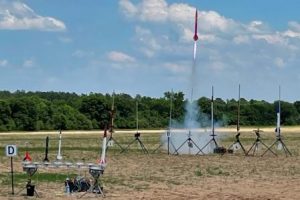 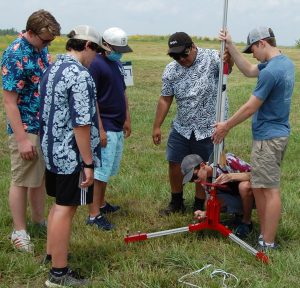 For several years the state has consistently delivering a half dozen teams to the TARC finals. These teams from Alabama scored in the top hundred ranking nationally and will compete for the 2022 championship against teams from 26 states on May 14 at The Plains, Virginia as they vie for $100,000 in prizes and an all-expense paid trip to London for the International Finals.

The schools and cities are:

*Were also at the finals last year. Russellville finished in fifth place.

HARA would like to salute the seven Huntsville area teams for their efforts in building and flying this year:

Thanks to the rest of these Alabama schools for registering and participating in TARC. 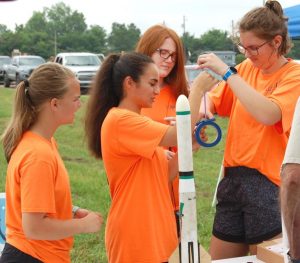 It was only a month before the annual April launch of 2020 when covid came and NASA froze the Student Launch program and any flying. The next year the program was all virtual and this year it was still mostly remote, but half the registered teams decided to come and fly in Huntsville. The weather was great at Bragg’s farm on April 23 as high school and college teams revived the 22 year old tradition of launching level two motors on a NAR range. There was no rocket fair or NASA tours or awards banquet this time but the 27 flights encouraged everyone that the program was coming back. 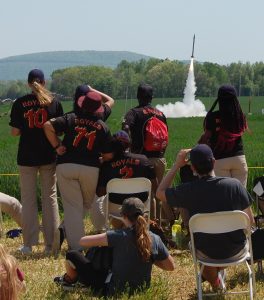 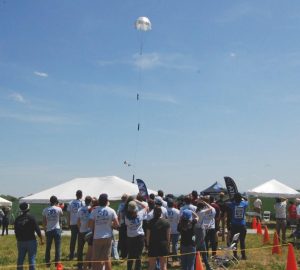 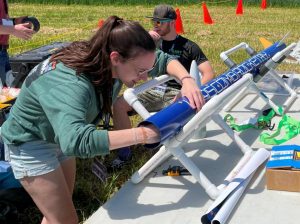 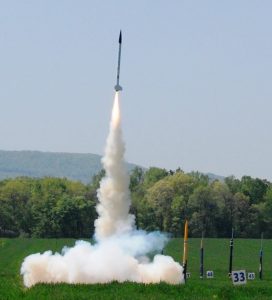 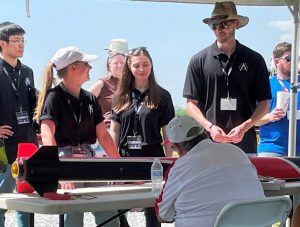 We will be using the Jackson 5 field – directions at http://hararocketry.org/hara/monthly-club-launches/

HARA will be hosting the last launch of its 2021-2022 flying season this Saturday, April 9 starting at 10 AM. Details and directions are here.

See you at the field on Saturday!

Recent rains have left the ground muddy and the Paint Rock river hitting flood stage tomorrow. There is a 100% chance of rain on Friday, which will further worsen the field conditions. Given this, the officers have decided to cancel this weekend’s launch, with hopes of launching later in March before planting starts on the fields.

HARA Goes Back To Schools 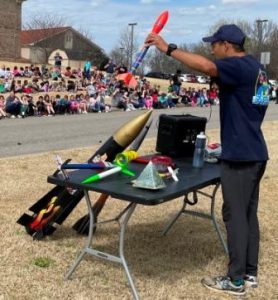 Two years to the month that the world shut down for COVID 19 HARA was back at a school doing a demo launch. Doug, Duane and Vince enjoyed a nice March day at Columbia Elementary with the return of the HARA flying circus. They launched about a dozen various models on small motors to stay within the school yard, which was easy this day with only a light wind. Duane had an Astrocam, Doug flew an egglofter and Vince had a Pyramid. The kids were already enthusiastic to be out of class early on a Friday and went into hysterics as each rocket blasted off. The teachers liked them too. Although the school launch day weather was perfect the decision to cancel the monthly HARA launch the next day due to a bad forecast turned out to be a good call as the actual weather was worse: 25°F, winds 20 mph, 2” snow. March air thou art fickle. 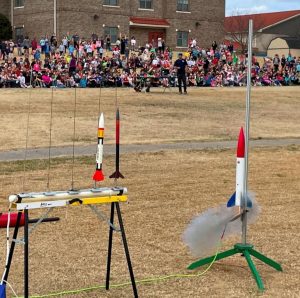 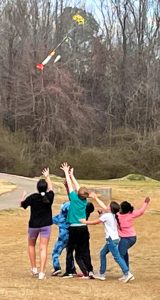 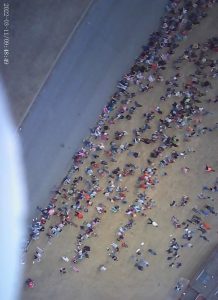 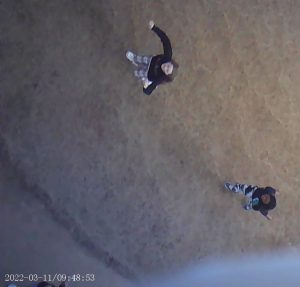 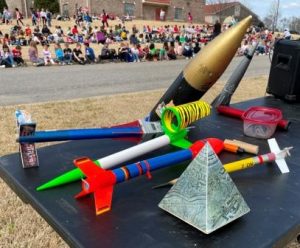 The forecasts are in agreement that it will be quite cold (high around 37) with sustained winds between 10-20 mph. This gives a feels like temperature of 28 degrees plus a good probability of rockets drifting out of the field. In light of these conditions, the officers have decided to postpose Saturday’s launch, with an eye to flying on the next Saturday (March 19).

Tomorrow’s launch is go! The field will be Jackson 5.